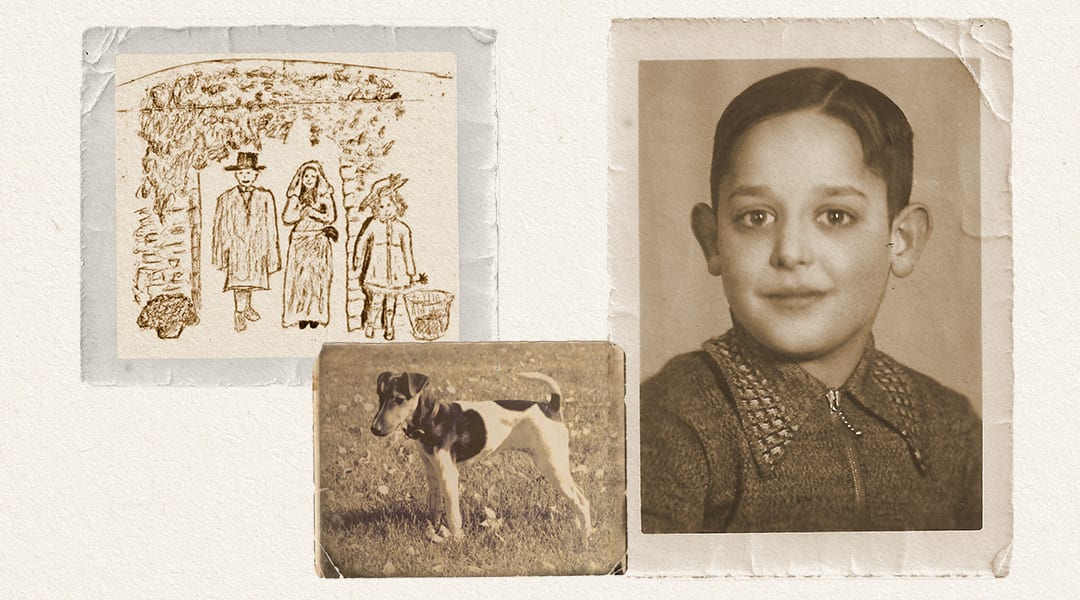 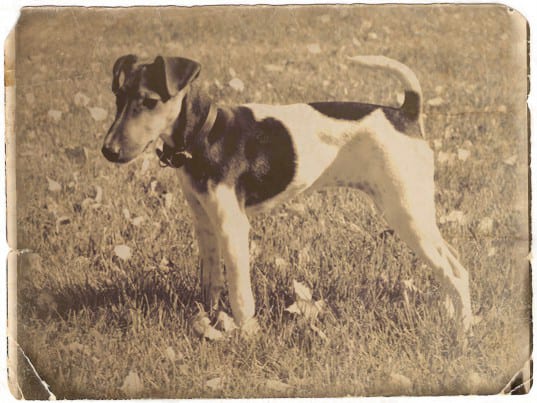 Above my head, the  colors  sparkled in the late summer sun, the front door with the tiny glass panes opened and Peter and I met.

So many strange new experiences…. there had always been stairs  to climb before the front door opened to my mother’s smile, the familiar 4711 scent in her warm embrace, surrounded by the kitchen’s mouth watering smells.

This time a flat, uneven stony path led to the mat at the front door, where I stood suspended between past and present. I remember the first glimpse of a hard, cold, tiled floor.

Peter became my best friend, companion on my imaginary journeys, around and around the three lawns connected with steps and tree shaded passages.

Packed in the big trunk I found my three dolls and my own baby clothes. The bonnet sown by my mother’s hope filled hands, transformed Peter into a living doll sitting in the pram. My baby, that I could push around and around the green lawn. I marvel now at the patient compliance of a lively fox terrier. Did he somehow sense my need, bringing comfort to my bewildered heart? 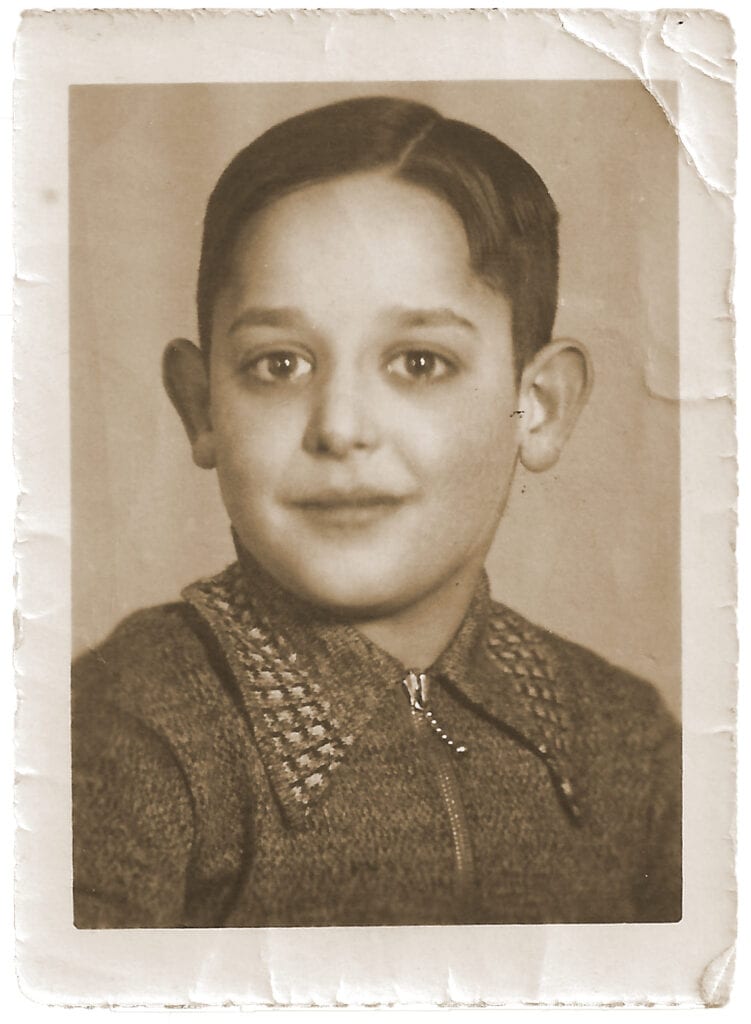 Raymond Fidoe and I met at Exhall Council Junior School, near Coventry in the early, anxious weeks of World War 2.

Why did he become my first human English friend, all those years ago?

I remember Raymond as a sensitive, gentle child among tough, rambunctious boys in a small Midland school.

As for 7 year old me, struggling with a new language, unfamiliar customs, why not a girl for a close friend?

Did Raymond Fidoe remind me of Kurt Meier who had been like a brother to me?

We had lived in Gemünd, a small German town and in the 1930’s our only opportunity for friendship was restricted to our small isolated local Jewish community. Each of us the only child of our parents.

At the end of 1938 our two families were relocated to the Jewish section of Köln.

The night before I left all that was familiar and dear, Kurt came round to say goodbye, he brought a tiny photo and using my father’s typewriter, we typed his name and address on the back.

All of Peter’s dog years our friendship had endured but with Raymond Fidoe the story was more complicated.

On a day when the summer sun shone down on the  lawn at 167 Coventry Road in the middle of England, I remember waiting impatiently for a knock on the front door. At last they came, Raymond with his little sister, Joy, ready to play in the big garden.

I was master of ceremonies, so of course we played make believe. I would be the bride, Raymond the groom and Joy the bridesmaid. And there among the towels and sheets flapping on the line we bent and sorted through a basket of old curtains and hats.

Our aisle, the soft green lawn as we paraded in our wedding grandeur. None of us had ever witnessed a wedding, all the better for our limitless imagination.

Alas, the marriage did not endure. Our friendship ended at the Heckley, a field between our houses, on the way to school.

I can’t remember the spark that lit the fatal fire but there was a fist fight circled by an excited mob of school children. I suspect that some derogatory, anti semitic or perhaps anti German words were involved.

A microcosm of the world around us. 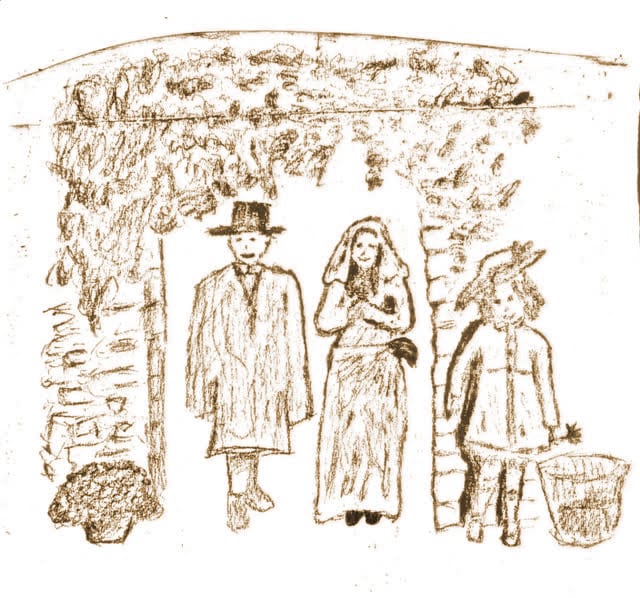